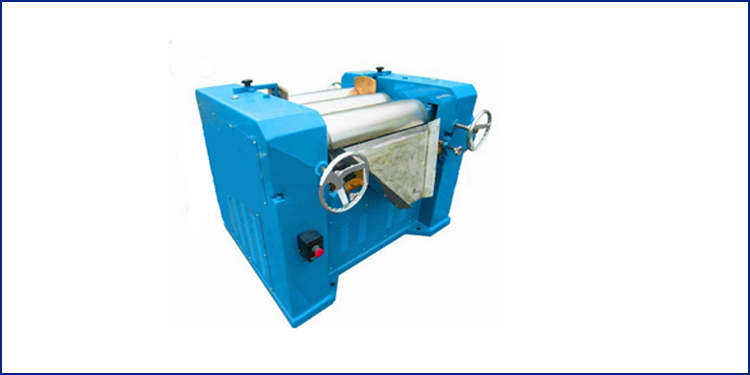 A three roll mill or triple roll mill is a machine that uses shear force created by three horizontally positioned rolls rotating in opposite directions and different speeds relative to each other, in order to mix, refine, disperse, or homogenize viscous materials fed into it. The three adjacent rolls of a three roll mill (called the feed roll, centre roll and apron roll) rotate at progressively higher speeds.

This subjects it to an even higher shear force, due to the higher speed of the apron roll and typically, a smaller gap than between the feed and centre rolls. A knife blade then scrapes the processed material off the apron roll and the paste rolls down the apron. This milling cycle can be repeated several times to maximize dispersion.